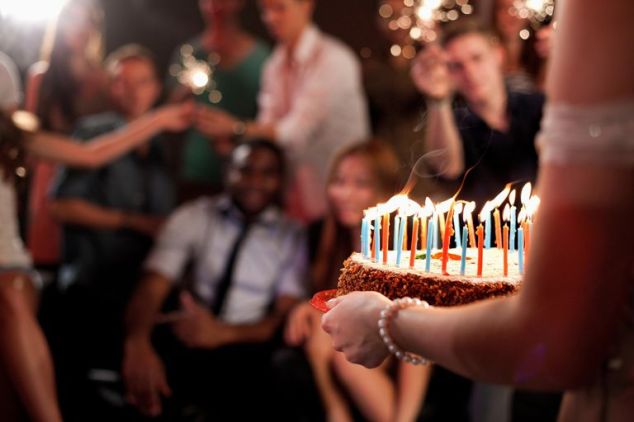 You can easily imagine this headline: “Birthdays should allow you to choose your age” caught my attention. I’m all in for anything that gives me more power on my birthday — mwahahaha!

A writer in the Zanesville Time Recorder was going to celebrate her birthday by being 45 again. She noted this meant her older son was born five years before she was. She made an interesting observation though: “why not? If I can identify as either sex or any color or nationality, I choose to identify as a 45-year-old.”

We are a society increasingly open to people making their own identity choices. So, age fluidity could just be added to the list.

The writer further admitted, “truth be told, I feel as if I should be about 25. This aging stuff never really bothered me much.”

This year my birth certificate would attest to the fact that I am actually 45. I’ve written recently about reaching a point in my life where the number is making a dent on my psyche.

But I’ve been thinking more lately that maybe the reason we get so caught up in the numbers, and surprised when we reach them (30! 45! 50! AARP’s 55!..gulp 60!) is that we have no personal context for the experience.

Remember when we were elementary schoolers who thought that being 21 was just as old as a 40-something? Basically, people were sorted into “babies,” “kids like us,” “teenagers,” “adults,” and “grandparents.”

Even in our twenties, we had the groupings: “younger than us,” “adults,” “parents” and “grandparents.”

But now that I’m in my mid-40s, I have to recalculate. Forty-five has always seemed old before now. But then I look ahead at how old people are getting (those 110 year olds I wrote about), and have to realize I could have another 45 years to go! If I feel old now, what am I leaving myself for later? Ancient? Crone?

I wish I could agree that the “aging stuff never really bothered me much.” It hadn’t for the longest time. She’s got the healthy point of view: “The best part of aging is that age really is just a number. And as you grow old you start to forget what that number actually is.”

Maybe I’m just not old enough yet to embrace that perspective. Still, I’ll admit I’m all for the idea of being whatever age you want on your birthday. Or at least acting that way! Most who know me would argue I act like a spoiled 9-year-old girl every birthday — complete with balloons, baked goods, and a big, brassy “it’s all about me” attitude.