There is little that makes me sadder than stories of a child having no one attend his or her birthday. I’ve written before about the need to be considerate and RSVP to party invitations. In today’s example, the parents were still hoping for the best even though they hadn’t heard back from anyone. But, even after they prepared pizza and cake for the friends they expected to show up regardless of their rude inability to say “yes” or “no,” no one turned up for their 8-year-old’s big day!

Apparently this wasn’t even the first time — the same thing happened on the child’s sixth birthday!

So, the mom went on social media to ask for people to join her son’s party:

“I think I’m posting this out of utter emotional distress … but I need to ask if anyone wants to come to an 8 yr old boys birthday party to show him that he’s loved and valued as a person…NO gifts are required other than the gift of friendship.”

When she didn’t get any responses immediately, she went to the local police station and asked if an officer might attend. Her son has always wanted to join the force. And that’s where this story takes its turn for the better. 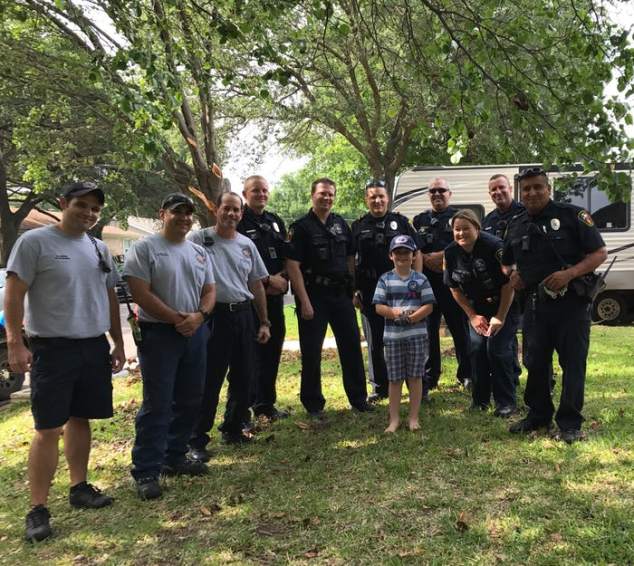 Members of both the police and fire department showed up to fete Graham. Cruisers lined the street of his neigbourhood. Plus, others who had seen the social media also showed up to share their best wishes.

The Mom was tearful in describing her gratitude to the Dallas News: “Something like this, it literally guts you as a parent because you can’t fix it, at least in that moment…But the Hurst Police Department and the Hurst Fire Department, they went above and beyond and made his day.”

There are so many ways in which you can make someone’s day on their birthday. I hope this glimmer of kindness inspires you!