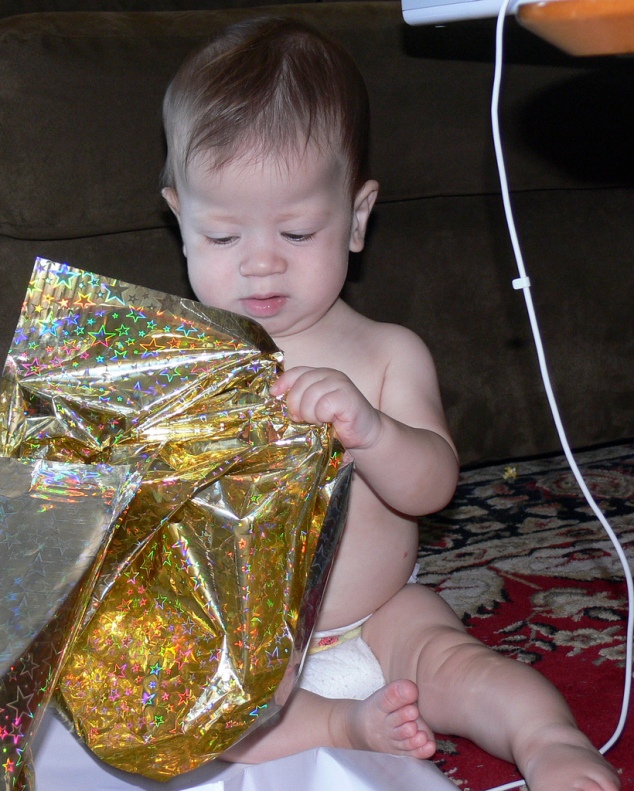 Social scientists have long been interested in the exchange of goods as a moral rather than economic exchange. Yet no academic has been able to argue that there is an age at which we stop gleaning joy from giving or receiving gifts. As with Shakespeare’s Seven Ages of Man, we might also divide our reaction to gifts into seven stages:

…Our response to gifts having seven stages. At first the infant,

Drawn only to the shine or crackling sounds of wrapping paper;

And then the curious toddler, with a stack of gifts behind him,

More interested by far in the cardboard boxes they came in.

And then the enthusiastic schoolboy, ripping through the present

pile only needing to see what’s inside before moving on to the next.

Then a teen, full of strange ideas and ripe in smell, looking up from

Texting only long enough to acknowledge the cash or gift card,

Seeking an excuse to escape to the anonymous freedom of the mall.

Then the independent young man, full of book learning but burdened

By student debt, playing the part of gracious recipient while downplaying joy.

The sixth age shifts into the responsible adult, with claims of disinterest

In gifts and consistent embrace of his age as the youthful, well-saved 29.

Last scene of all, the milestones-only man more focused on making

Great plans for strange eventful trips when his age ends in 0, before oblivion,

This bastardization is offered without the limitations of iambic pentameter, but with copious apologies to the Bard.

3 thoughts on “The 7 Ages of Birthday Gifts”